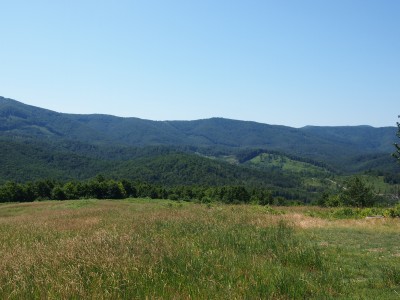 Bulgaria covers a territory of 110 000 sq. km in total, out of which hunting areas come to 100 000 sq.km. 85% of the hunting areas belong to the Bulgarian Hunting and Fishing Union. 15% are the state-owned hunting areas, 2/3rds of them are owned by the State Game Preserve and 1/3 of them are state hunting areas given under concession for a period of 15 years. The tenders for these concessions are announced publicly in the press and those who fit the requirements can apply. Only Bulgarian-registered companies can apply. Every year there are new territories which could be conceded.

Wild boars in Bulgaria reach weight of 200 to 300 kg and trophy length of 20 to 30 cm. This is mainly owed to the abundant food they can find – 80% of the hunting areas are oak- and beech-tree forests. While to the north of Bulgaria – the Danubian Plain – there are hundreds of kilometers of maize.  Wild boar shooting from high seats is allowed throughout the whole year. Wild board driven shooting is allowed from October 1st to December 31st as the group of hunters should be from 8 to 20 people.

Throughout the last years wolves, foxes and jackals have highly increased their population in Bulgaria. Predators can be hunted all year round.  Night vision equipment is strictly prohibited by law.